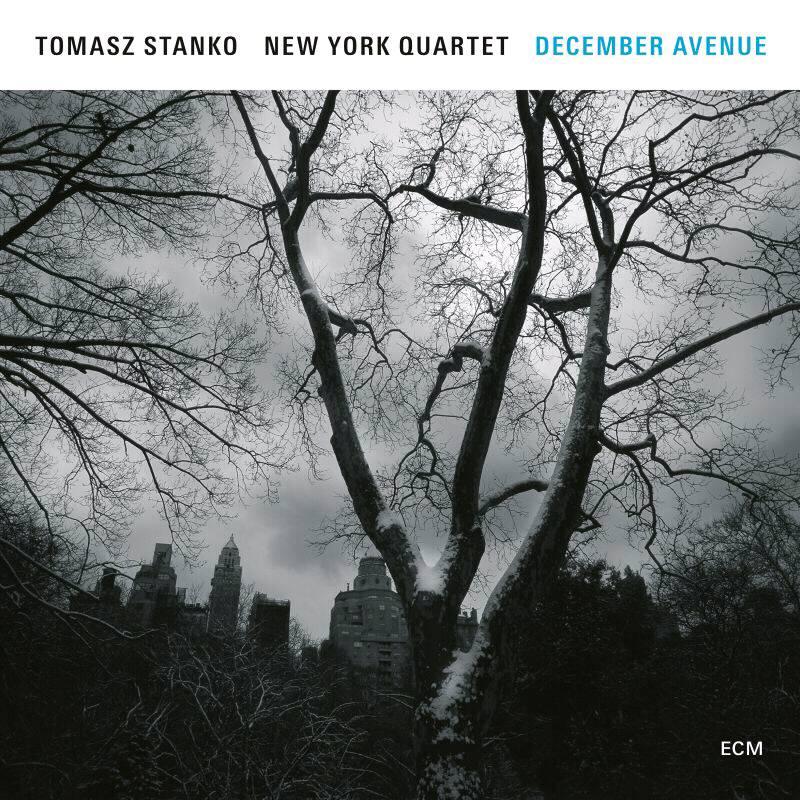 Music is a lifelong passion and a sustaining force for me, especially jazz, classical music, opera, classic rock, Black music and soul, punk rock, folk music, world music, and meditative music. I grew up with a father who played jazz clarinet in the Benny Goodman era, so my childhood home exposed me to an extraordinary array of jazz, classical, and rock music.

Quite possibly, music was my very first language. The story is, according to my mother, that my very first word was “wow!”, which I exclaimed at a very early age when my parents were playing an album, Mambo Mania by Perez Prado and his Orchestra in the 1950s.

I became a drummer and percussionist in my junior high school years in the 1960s and beyond, though my playing curtailed considerably after high school. When I entered Northwestern University as a freshman in the early 1970s, I pursued studies in electrical engineering and psychoacoustics that gave me a foundation in audio systems design, with a goal of becoming an acoustic engineer with special focus on loudspeaker design. During the summer of my junior year at Northwestern, I interned at a major Chicago area recording studio: Paragon Studios.

Long before I began my graduate education in Oregon in the 1980s, I became passionate about being a music educator and historian. Northwestern University has a wonderful School of Music, and I made a special effort to attend events there whenever I had time to. I also heard several concerts of the Chicago Symphony Orchestra and performances at the Lyric Opera in Chicago. For jazz, I frequented the Jazz Showcase and the Amazingrace Coffeehouse in Evanston.

Between 1974 and 1980, I had the privilege of managing the largest jazz and popular music university library sound recording archive in the U.S. at Northwestern University.  This library collection was utilized as an educational feature at Northwestern’s jazz studies program. I attribute much of my music educational history beginnings to this period of my life. One of my memories from these years is my trip to visit the renowned Berklee College of Music in Boston.

Sharing my love for music here is a very big deal for me!

There are two areas of music that have been the most profound sources of satisfaction for me over my lifetime: Jazz, and classical music.

In my discovery of jazz, there have been two record labels with greatest impact: ECM Records, and Blue Note Records. And there is one wonderful source of jazz videos on Youtube that is an awesome treasure: Jazz on the Tube.

Below, I offer an introduction to some of the jazz musicians who’ve had greatest impact on my musical passion. Please accept my apologies for the length of this page! In time, I will make it easier to access but for now (Winter 2020) my aim is to gather my personal favorites in one location.

By the way, if you would ever like to listen to excellent jazz radio and classical radio, I have two absolute favourite stations from the San Francisco Bay area to recommend for you. I listen to them quite often. Classical: KDFC and Jazz: KCSM.

My very first artist discovery on the ECM label was Keith Jarrett. First time seeing him was 1975, at the Amazingrace Coffee House at Northwestern University.  Most recently I saw him with his trio in San Francisco, 2016.

Though I never had the good fortune of being able to see him playing live, I can say without any doubt the jazz artist who has had the greatest influence on me is saxophonist John Coltrane. To say that he has been a strong spiritual force in my life is an understatement. ‘Trane departed the earth far too soon, and it was nearly a decade following his 1967 death at age 41 that I first discovered a biography entitled Chasin’ the Trane: The Music and Mystique of John Coltrane, published in 1976 by J.C. Thomas.

Coltrane played with the Miles Davis Quintet during the later 1950s and early 1960s (see Miles Davis and John Coltrane: Yin and Yang, 2019, from Jazzwise) but also maintained his own ensembles from the late 1950s until his death in 1967. The most substantial period of his output was the years 1961 to 1967, with his classic quartet including McCoy Tyner, piano, Jimmy Garrison, bass, and Elvin Jones, drums covering the years 1961 to 1965. Especially noteworthy was the Quartet’s penultimate recording in 1964, A Love Supreme.

For historical reference, I recommend several Coltrane stories published in Jazz Times. The Coltrane discography (this one courtesy of allmusic.com) runs from 1956 to many posthumous releases up to 2018.

Without a doubt, if you are seriously interested in a listen to even some of his extensive catalogue, you would do well to create a subscription to one or another music streaming services such as Spotify or Tidal. For an introduction to some of the videos featuring Coltrane, I recommend the following live performances:

Though McCoy Tyner played his most formative years with the John Coltrane Quartet in the 1960s, my own exposure to him was much later, in the mid 1970s and many years since Coltrane’s death. I was so lucky to see him several times in the Chicago/Evanston area in the 1970s, and then on the west coast in the 1980s and beyond.

One article I’ve already found noteworthy is based on his reflections during his 69th birthday in late 2007. Published in Jazz Times, it’s entitled McCoy Tyner: Great Moments.

Here are a few highlights of his magic from over the years:

When I think about jazz pianists who have strongly affected me over the years, there is almost no one with a greater impact than Bill Evans. Something about his style, his tonality, his deep reflectivity as an artist, reached inside my soul at first hearing his Portrait in Jazz: Bill Evans Trio recording from 1960 and his now famous Complete Village Vanguard Recordings: 1961.

Evans became a member of Miles Davis Quintet in 1958–the only white member of his ensemble. They were the foundation for Miles’ famous Kind of Blue recording in 1959. For a fascinating perspective on the years they collaborated closely, I recommend reading Miles Davis and Bill Evans: Miles and Bill in Black and White (2001), by Ashley Kahn in Jazz Times.

Evans played with several trios in the 1960s and 1970s. I was lucky enough to see the Evans trio with bassist Eddie Gomez and drummer Eliot Zigmund twice in the Chicago area in the 1970s when I visited the Jazz Showcase downtown.

Introducing live performances of Bill Evans is a bit overwhelming, given the wealth of videos available through Youtube. I especially recommend visiting the Bill Evans Archive on youtube for a treasure chest of Evans recording and live concert archives. Here is what I would recommend as an introduction to his live performances:

My first exposure to the music of Charles Mingus was in my high school years, when my dad acquired the classic 1959 album Mingus Ah Um on Columbia Records. By the time I actually saw him live I was deep inside my later undergraduate years in the 1970s at Northwestern. The most extraordinary aspect of that event was that I sat on the floor at Amazingrace Coffeehouse, where he performed, and I was less than 10 feet away from him. Truly, he was larger than life.

I knew that Mingus was heavily influenced by Duke Ellington, for whom I had a deep respect since reading his autobiography Music is My Mistress. I read Mingus’ autobiography Beneath the Underdog (published 1971) early in my undergraduate years, and soon afterward began acquiring many of his albums.

For a wonderful introduction to the life and music of Mingus, I recommend a viewing of this program from BBC Proms in 2017: Beneath the Underdog: Charles Mingus Revisited 2017.

Here are just a few of the live concerts of Mingus that I found truly inspiring:

Art Blakey and the Jazz Messengers

I never got to see Art Blakey live but if there is ever an artist whose music I loved discovering, it was Blakey & the Jazz Messengers.  Here is a profile of Blakey from the National Endowment for the Arts, into which Blakey was inducted as NEA Jazz Master in 2018. And here is an extensive biography of Blakey from Drumlessons.com.

There is so much about Pat Metheny that I want to share, even though my days of seeing him live were mostly in the 1970s and 1980s. As with Keith Jarrett, I first saw Metheny in the mid 1970s when he was in his first recording years with ECM Records. Many, many years later I saw him again in San Francisco (2012, as I recall) when he was in one of his experimental phases with the Orchestrion, about which I will describe more in the future.

Metheny has a tremendous array of recordings, as summarized in this discography.

Here is an introduction of several of his live events:

The music ensemble Oregon was formed in 1971 by guitarist Ralph Towner, bassist Glen Moore, oboist Paul McCandless, and percussionist Collin Walcott, as an outgrowth of the Paul Winter Consort.

My first encounter with Oregon occurred a few years later, around 1976, when I heard the group perform at the Amazingrace Coffeehouse in Evanston, Illinois. I became very drawn to their music from first hearing, and made an effort to hear them every time they returned to Evanston.

Here is a cross-section of videos I have located that showcase the group:

Here are a few Ralph Towner performances I especially love:

I discovered Dhafer Youssef’s music almost by accident a few years ago and ever since, I can’t seem to get enough. Kelly and I were lucky enough to see his group live at the Healdsburg Jazz Festival in Santa Rosa, California summer of 2019.